What Is Mild Cognitive Impairment? 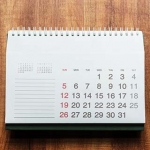 What is Mild Cognitive Impairment?

Some people with memory problems have a condition called mild cognitive impairment, or MCI. MCI has several types. The type most associated with memory loss is called amnestic MCI.

People with amnestic MCI have more memory problems than normal for people their age, but their symptoms are not as severe as those of people with Alzheimer’s disease. For example, they do not experience the personality changes or other problems that are characteristic of Alzheimer’s. People with MCI are still able to carry out their normal daily activities.

Signs of MCI include:

Movement difficulties and problems with the sense of smell have also been linked to MCI.

Family and friends may notice memory lapses, and the person with MCI may worry about losing his or her memory. These worries may prompt the person to see a doctor for diagnosis.

Research suggests genetic factors may play a role in who will develop MCI, as they do in Alzheimer’s. Studies are underway to learn why some people with MCI progress to Alzheimer’s and others do not.

A doctor can do thinking, memory, and language tests to see if a person has MCI. He or she also may suggest that the person see a specialist for more tests. There currently is no standard treatment for MCI, but there are things a person can do that may help them stay healthy and deal with changes in their thinking.

Because MCI may be an early sign of Alzheimer’s disease, it’s important to see a doctor or specialist every six to 12 months.

Joe was almost 74. He was still working part-time. He noticed he was becoming more forgetful at work. He felt frustrated that it was so hard to find the right words to describe something. His boss told him that he missed a couple of meetings. He started to wonder if he had a serious problem.

Joe’s wife took him to get a complete health check-up. His doctor told Joe that he had mild cognitive impairment, also called MCI. The doctor said there was no treatment for MCI, but that he would keep a close watch on Joe’s memory and thinking skills. Joe felt better knowing there was a reason for his memory problems.