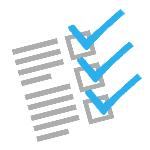 Caregivers of people with vascular dementia or VCI face a variety of challenges. Learning more about these disorders can help. This resource list is a place to start. All resources on this list are available free online.

The items on this list are in three categories:

This Neurology Now magazine article offers an overview of the relationship between vascular events or disease (including stroke and mini-stroke) and cognitive impairment. Using a patient case study, it describes the differences between VCI and Alzheimer’s disease. The article also discusses lesser-known, possible risk factors for VCI, such as depression and sleep disorders, as well as treatment strategies.

Published by the American Academy of Neurology. Free online access.

The Dementias: Hope Through Research (2013)

This article notes the varied definitions of VCI. It describes symptoms, including problems with memory and executive function, and risk factors such as diabetes and high blood pressure. The article also gives information about diagnostic tests and treatments, as well as lifestyle changes that may reduce the risk of VCI.

In this fact sheet, vascular dementia is defined as a decline in thinking skills caused by a major stroke or multiple minor strokes. The fact sheet notes that vascular brain changes often coexist with changes linked to other types of dementia, including Alzheimer’s disease. The fact sheet lists symptoms, such as confusion and trouble speaking, and discusses diagnosis, risk factors, and treatment.

This web module offers an overview of vascular dementia. It discusses causes and risk factors, as well as symptoms, which can vary depending on the part of the brain where blood flow is impaired. The module also gives tips for preparing for a doctor’s appointment and describes diagnostic tests, treatments, coping mechanisms for patients and caregivers, and prevention.

This fact sheet discusses vascular dementia as a common after-stroke problem that makes it difficult to process information. The condition can lead to memory loss, confusion, decreased attention span, other cognitive symptoms, and movement symptoms. The fact sheet offers practical tips for managing the disease and for caring for someone with vascular dementia.

In this overview, vascular dementia (sometimes called multi-infarct dementia) is described as dementia resulting from a series of small strokes. The article lists other risk factors, such as diabetes and smoking, and symptoms, which grow worse as the disease progresses. Also discussed are diagnosis, treatment, and possible complications.

Published by the National Library of Medicine. Free online access.

This web page provides an overview of multi-infarct dementia, a type of vascular dementia caused by multiple, often “silent” strokes. It describes symptoms, the difficulty of diagnosis, and treatment by preventing or controlling risk factors such as high cholesterol.

This detailed fact sheet explains that vascular dementia has several types, including post-stroke, single-infarct, and subcortical dementias. It describes their separate, but related, causes and how symptoms change over time. Possible ways to stop the disease from progressing, such as controlling underlying conditions, are noted.

CADASIL stands for cerebral autosomal dominant arteriopathy with subcortical infarcts and leukoencephalopathy. It is a rare, inherited disorder that affects the small blood vessels in the brain and leads to vascular dementia or vascular cognitive impairment and other symptoms.

This overview explains the acronym CADASIL and describes the hallmark symptoms caused by damage to small blood vessels. It also explains that a mutation of the NOTCH3 gene causes CADASIL and discusses related disorders. The web page includes resources and references.

This web page describes CADASIL as an inherited disease caused by a genetic mutation that typically leads to cognitive problems and dementia by age 65. Symptoms and disease onset vary widely, but CADASIL often begins in a person’s mid-30s. There is no cure, though drugs may alleviate some symptoms.

This web page answers questions about CADASIL—what it is, how people inherit it, and more. It explains that although the condition causes strokes, it is not associated with common risk factors for stroke such as high blood pressure. Rather, an inherited genetic mutation (in the NOTCH3 gene) affecting small blood vessels is the cause of several symptoms, including migraines and dementia. The web page includes a glossary and list of online resources.

This brief guide explains the brain changes resulting from the NOTCH3 gene mutation that causes CADASIL. It focuses on stroke and transient ischemic attack (common symptoms of CADASIL) and their effects, including cognitive impairment. It also lists medical treatments and tests to avoid because they can increase the risk of certain symptoms.

Published by CADASIL Together We Have Hope. Phone: 1-877-519-4673. Email: info@cadasilfoundation.org. Free online access.

Binswanger’s disease, also called subcortical vascular dementia, is caused by damage to white matter in the brain. This damage is the result of thickened, narrowed arteries that decrease blood supply to the brain.

This article discusses Binswanger’s, a progressive neurological disorder that usually occurs in people age 50 or older. The disorder affects the blood vessels that supply the brain’s white matter and deep structures. Signs and symptoms, causes, related disorders, diagnosis, and treatments are described. It also includes resources and references.

In this brief overview, Binswanger’s disease is defined as a type of dementia caused by changes in arteries that damage white matter in the brain. It lists symptoms and provides brief information about the treatment of symptoms and ways to possibly slow disease progression.