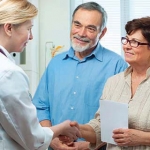 It’s important to know which type of Lewy body dementia (LBD) a person has, both to tailor treatment to particular symptoms and to understand how the disease will likely progress. Clinicians and researchers use the “1-year rule” to help make a diagnosis. If cognitive symptoms appear at the same time as or at least a year before movement problems, the diagnosis is dementia with Lewy bodies. If cognitive problems develop more than a year after the onset of movement problems, the diagnosis is Parkinson’s disease dementia.

Regardless of the initial symptoms, over time people with LBD often develop similar symptoms due to the presence of Lewy bodies in the brain. But there are some differences. For example, dementia with Lewy bodies may progress more quickly than Parkinson’s disease dementia.

Dementia with Lewy bodies is often hard to diagnose because its early symptoms may resemble those of Alzheimer’s or psychiatric illness. As a result, it is often misdiagnosed or missed altogether. As additional symptoms appear, it is often easier to make an accurate diagnosis.

The good news is that doctors are increasingly able to diagnose LBD (PDF, 80K) earlier and more accurately as researchers identify which symptoms and biomarkers (biological signs of disease) help distinguish it from similar disorders.

Difficult as it is, getting an accurate diagnosis of LBD early on is important so that a person:

While a diagnosis of LBD can be distressing, some people are relieved to know the reason for their troubling symptoms. It is important to allow time to adjust to the news. Talking about a diagnosis can help shift the focus toward developing a care plan.

Janet, a 60-year-old executive secretary, began having trouble managing the accounting, paperwork, and other responsibilities of her job. She became increasingly irritable, and her daughter insisted she see a doctor. Janet was diagnosed with depression and stress-related problems. She was prescribed an antidepressant, but her thinking and concentration problems worsened. When she could no longer function at work, her doctor diagnosed Alzheimer’s disease. A few months later, Janet developed a tremor in her right hand. She was referred to a neurologist, who finally diagnosed Lewy body dementia.

Read more about diagnosing dementia, including tests and who can make a diagnosis.

There are no tests that can definitively diagnose LBD. Currently, only a brain autopsy after death can confirm a suspected diagnosis. However, researchers are studying ways to diagnose LBD earlier and more accurately during life. The use of certain imaging, blood, cerebrospinal fluid, and genetics tests is being studied.

Talking to both patients and caregivers helps doctors make a diagnosis. It is important to tell the doctor about any symptoms involving thinking, movement, sleep, behavior, or mood. Also, discuss other health problems and provide a list of all current medications, including prescriptions, over-the-counter drugs, vitamins, and supplements. Certain medications can worsen LBD symptoms.

Caregivers may be reluctant to talk about a person’s symptoms when that person is present. Ask to speak with the doctor privately if necessary. The more information a doctor has, the more accurate a diagnosis can be.