What Are Frontotemporal Disorders? 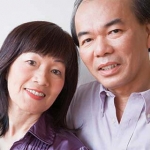 What Are Frontotemporal Disorders?

Frontotemporal disorders are the result of damage to neurons (nerve cells) in parts of the brain called the frontal and temporal lobes. As neurons die in the frontal and temporal regions, these lobes atrophy, or shrink. Gradually, this damage causes difficulties in thinking and behaviors normally controlled by these parts of the brain. Many possible symptoms can result, including unusual behaviors, emotional problems, trouble communicating, difficulty with work, or difficulty with walking.

Frontotemporal disorders are forms of dementia caused by a family of brain diseases known as frontotemporal lobar degeneration (FTLD). Dementia is a severe loss of thinking abilities that interferes with a person’s ability to perform daily activities such as working, driving, and preparing meals. Other brain diseases that can cause dementia include Alzheimer’s disease and multiple strokes. Scientists think that FTLD is the most common cause of dementia in people younger than age 60. Roughly 60 percent of people with FTLD are 45 to 64 years old.

People can live with frontotemporal disorders for up to 10 years, sometimes longer, but it is difficult to predict the time course for an individual patient. The disorders are progressive, meaning symptoms get worse over time. In the early stages, people may have just one type of symptom. As the disease progresses, other types of symptoms appear as more parts of the brain are affected.

No cure or treatments that slow or stop the progression of frontotemporal disorders are available today. However, research is improving awareness and understanding of these challenging conditions. This progress is opening doors to better diagnosis, improved care, and, eventually, new treatments.

One of the challenges shared by patients, families, clinicians, and researchers is confusion about how to classify and label frontotemporal disorders. A diagnosis by one doctor may be called something else by a second, and the same condition or syndrome may be referred to by another name by a pathologist who examines the brain after death.

How do Frontotemporal Disorders Change the Brain?

The frontal lobes, situated above the eyes and behind the forehead on the right and left sides of the brain, direct executive functioning. This includes planning and sequencing (thinking through which steps come first, second, third, and so on), prioritizing (doing more important activities first and less important activities last), multitasking (shifting from one activity to another as needed), and monitoring and correcting errors. Symptoms are determined by which part of the lobe is affected first. The frontal lobe is responsible for decision making, so the first symptom might be trouble managing finances.

Brian, an attorney, began having trouble organizing his cases. In time, his law firm assigned him to do paperwork only. Brian’s wife thought he was depressed because his father had died two years earlier. Brian, 56, was treated for depression, but his symptoms got worse. He became more disorganized and began making sexual comments to his wife’s female friends. Even more unsettling, he neither understood nor cared that his behavior disturbed his family and friends. As time went on, Brian had trouble paying bills and was less affectionate toward his wife and young son. Three years after Brian’s symptoms began, his counselor recommended a neurological evaluation. Brian was diagnosed with bvFTD.

When functioning well, the frontal lobes also help manage emotional responses. They enable people to avoid inappropriate social behaviors, such as shouting loudly in a library or at a funeral. They help people make decisions that make sense for a given situation. When the frontal lobes are damaged, people may focus on insignificant details and ignore important aspects of a situation or engage in purposeless activities. The frontal lobes are also involved in language, particularly linking words to form sentences, and in motor functions, such as moving the arms, legs, and mouth.

The temporal lobes, located below and to the side of each frontal lobe on the right and left sides of the brain, contain essential areas for memory but also play a major role in language and emotions. They help people understand words, speak, read, write, and connect words with their meanings. They allow people to recognize objects and to relate appropriate emotions to objects and events. When the temporal lobes are dysfunctional, people may have difficulty recognizing emotions and responding appropriately to them. Issues in the part of the temporal lobe that connects emotions to objects may show as an inability to recognize potentially dangerous objects. Examples would be a person reaching for a snake or plunging a hand into boiling water.