What Is Dementia? Symptoms, Types, and Diagnosis 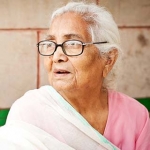 What Is Dementia? Symptoms, Types, and Diagnosis

Dementia is the loss of cognitive functioning — thinking, remembering, and reasoning — and behavioral abilities to such an extent that it interferes with a person’s daily life and activities. These functions include memory, language skills, visual perception, problem-solving, self-management, and the ability to focus and pay attention. Some people with dementia cannot control their emotions, and their personalities may change. Dementia ranges in severity from the mildest stage, when it is just beginning to affect a person’s functioning, to the most severe stage, when the person must depend completely on others for basic activities of living.

Signs and symptoms of dementia result when once-healthy neurons (nerve cells) in the brain stop working, lose connections with other brain cells, and die. While everyone loses some neurons as they age, people with dementia experience far greater loss.

While dementia is more common as people grow older (up to half of all people aged 85 or older may have some form of dementia), it is not a normal part of aging. Many people live into their 90s and beyond without any signs of dementia. One type of dementia, frontotemporal disorders, is more common in middle-aged than older adults.

What are the Different Types of Dementia?

Various disorders and factors contribute to the development of dementia. Neurodegenerative disorders result in a progressive and irreversible loss of neurons and brain functioning. Currently, there are no cures for these types of disorders. They include:

Other types of progressive brain disease include:

Other conditions that cause dementia-like symptoms can be halted or even reversed with treatment. For example, normal pressure hydrocephalus, an abnormal buildup of cerebrospinal fluid in the brain, often resolves with treatment.

In addition, certain medical conditions can cause serious memory problems that resemble dementia. These problems should go away once the conditions are treated. These conditions include:

Doctors have identified many other conditions that can cause dementia or dementia-like symptoms. These conditions include:

The overlap in symptoms of various dementias can make it hard to get an accurate diagnosis, but a proper diagnosis is important to get the right treatment. Seek help from a neurologist — a doctor who specializes in disorders of the brain and nervous system — or other medical specialists who know about dementia.

How is Dementia Diagnosed?

To diagnose dementia, doctors first assess whether a person has an underlying treatable condition such as abnormal thyroid function, normal pressure hydrocephalus, or a vitamin deficiency that may relate to cognitive difficulties. Early detection of symptoms is important, as some causes can be treated. In many cases, the specific type of dementia a person has may not be confirmed until after the person has died and the brain is examined.

What Tests are Used to Diagnose Dementia?

The following procedures also may be used to diagnose dementia:

Who Can Diagnose Dementia?

Visiting a family doctor is often the first step for people who are experiencing changes in thinking, movement, or behavior. However, neurologists — doctors who specialize in disorders of the brain and nervous system — generally have the expertise needed to diagnose dementia. Geriatric psychiatrists, neuropsychologists, and geriatricians may also be skilled in diagnosing the condition.

If a specialist cannot be found in your community, ask the neurology department of the nearest medical school for a referral. A hospital affiliated with a medical school may also have dementia or movement disorders clinic that provides an expert evaluation.